If there’s one single asset that transforms average gardens into spectacular ones, it’s a garden irrigation system. It’s not hard to see the effects of garden irrigation (or its absence!), and although Gauteng does get its fair share of rain most summers, having control overwatering your plants during long, dry weeks at times makes all the difference to your garden’s health.

Here’s an industry secret most people don’t know. Do you know what the single biggest input is in any landscape that will enable it to flourish and prosper into the future? You might assume it’s the preparation of the holes for planting, or the amount of fertilizer you put down at the time, or even a strong mulch layer of compost? Those things are important it’s true, but the number one contributor governing whether a planted landscape goes on to flourish or shrivel is irrigation.

As long as the garden irrigation system is covering them on a regular basis, tree saplings, for example, can be quite unskilfully simply bunged in a just-big-enough hole in the ground, and they’ll grow like a bomb. That’s not suggested practice, just for the record! It’s true to say that a better-prepared hole with compost and (preferably) organic NPK fertiliser will give you stronger growth over the same period, but the point is that subsequent watering is the single biggest factor governing whether your garden plants grow, or wither away. 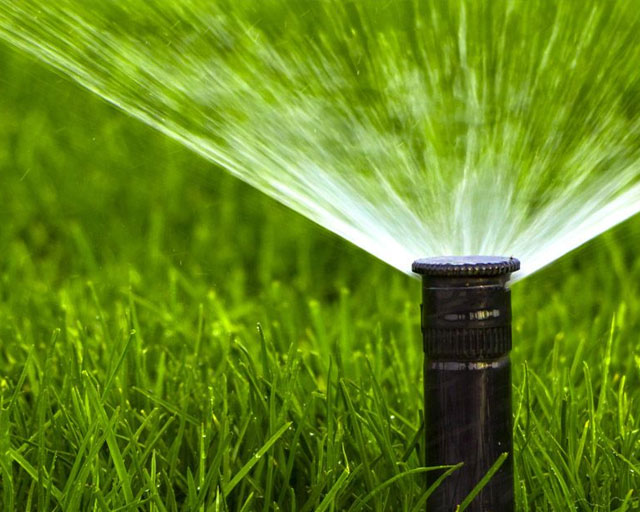 Especially if you’re on municipal water, you’ll want to apply water judiciously in your garden, because the costs can pile up. A garden irrigation system remains the most economical use of water outdoors. You might imagine, when looking at all those sprinklers spraying and twirling, that garden irrigation is, in fact indulgent, a feast of water! The fact is, applying water to your garden with a proper, well-designed irrigation system is far less wasteful than using a hosepipe or dragging a store-bought sprinkler around.

Come to Windy Willows for DIY and Pro Garden Irrigation

At Windy Willows, we’re a wholesale growing concern and Johannesburg landscapers of note, and we’re quick and skilful installers too. We know, from years of landscaping, just how important irrigation is to preserving the outlay you’ve made on landscaping your garden. We also know that the best part about a garden is walking around, soaking up the green, looking at the growth, seeing what’s flowering, the pure zen enjoyment of it all. Having a proper garden irrigation system in play eliminates much of the needed work in your outdoor arena, leaving you far more time for all that green therapy!

If you’re keen on DIY, we can design a system and equip you with everything you’ll need. Our costs are so reasonable and affordable; however, most people simply opt for us to install their garden irrigation system. We’re fast about it, getting in and out with the minimum of fuss and mess, and your garden will love you for it forevermore. Call on Windy Willows first when you need water applied to the soil in a smart and effective manner, and we’ll show you the benefits of irrigation that will make your garden grow!